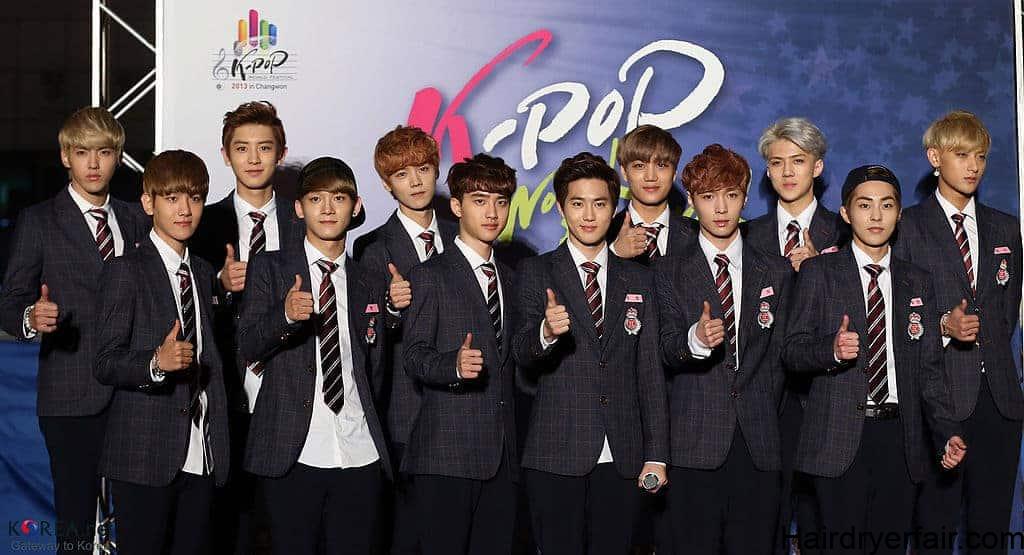 The Korean boy band EXO is not only famous for its best-selling albums but also for fashion ever since it debuted in 2012. Beginning with face paint and crimped hair in the video of their first single, the K-Pop group has always turned heads with their artistic approach to hairstyle and makeup.

EXO members are popular for their wild, innovative and unique hairstyles and fans always look forward to them for inspiration. Today, we take a look at some of the most amazing EXO hairstyles and their evolution over the years.

EXO has given to the world some of the best hairstyle inspirations over the years with changing colors and cuts of the group members and the way their held different styles. Here are some of the most known hairstyles from EXO.

When EXO entered the world of K-Pop in 2012 with the single ‘MAMA’, the videos had amazing styling choices featuring crimped hair and black eyeliners. The face paints of Kris, Xiumin and Kai were outstanding. 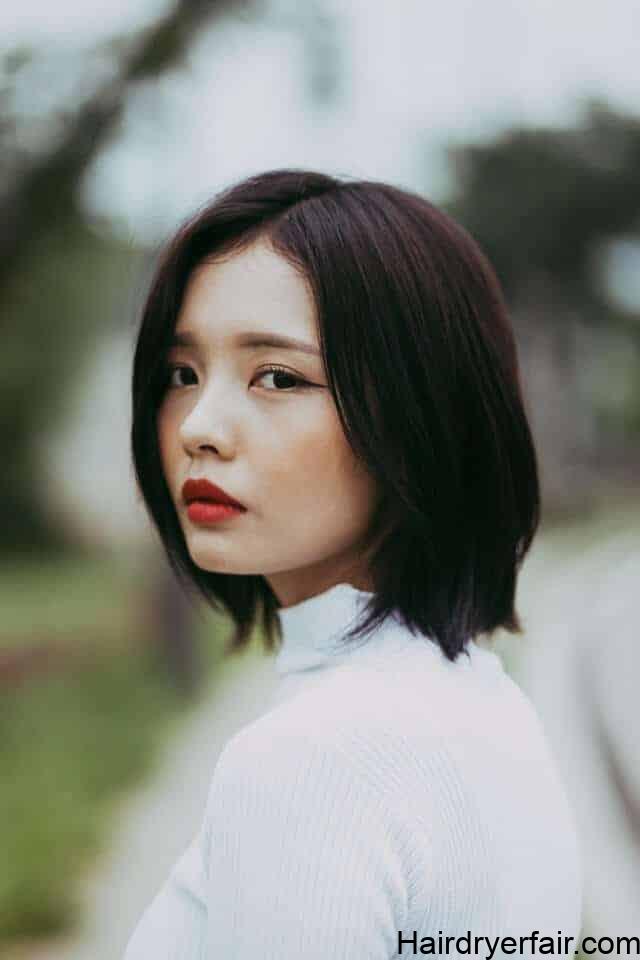 When EXO came with XOXO in 2013 with its single ‘Wolf’, touches of ferocity were exposed with elements like vibrant red eye shadow. The members had an eclectic hairstyle with wine-red dye on Tao and silver lines on Suho. Sehun’s Neapolitan hair gave a splash of color and it became the most iconic style of the era. 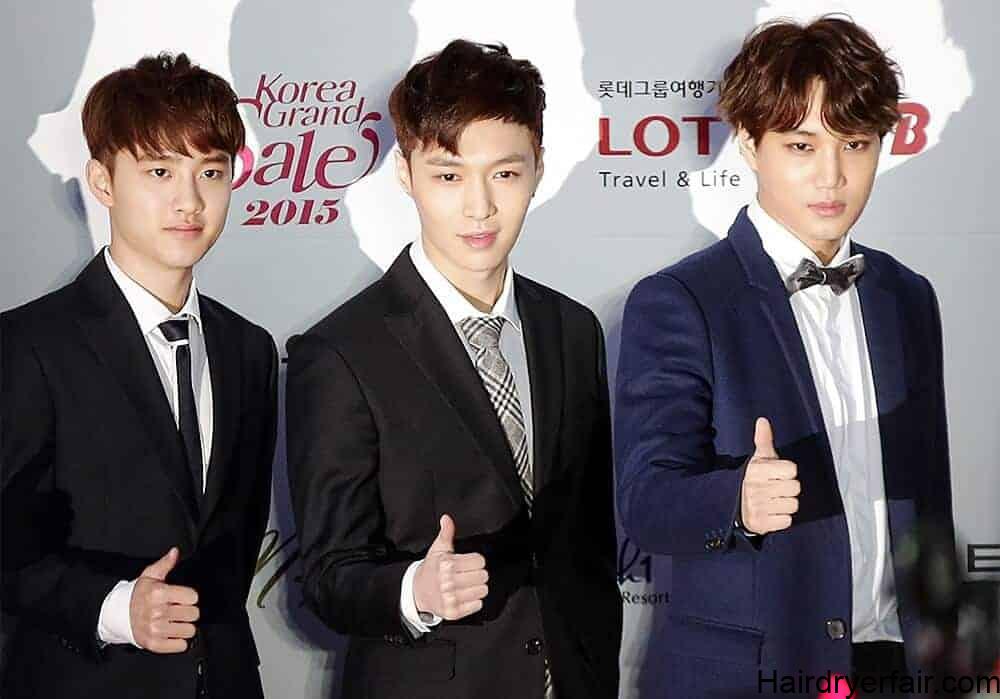 Sporting turtlenecks, biker jackets and ripped jeans, EXO turned bad boys in ‘Call Me Baby’ and adopted sweeping bangs of the popular comma hair. Versions of the hairstyle were tried on members. 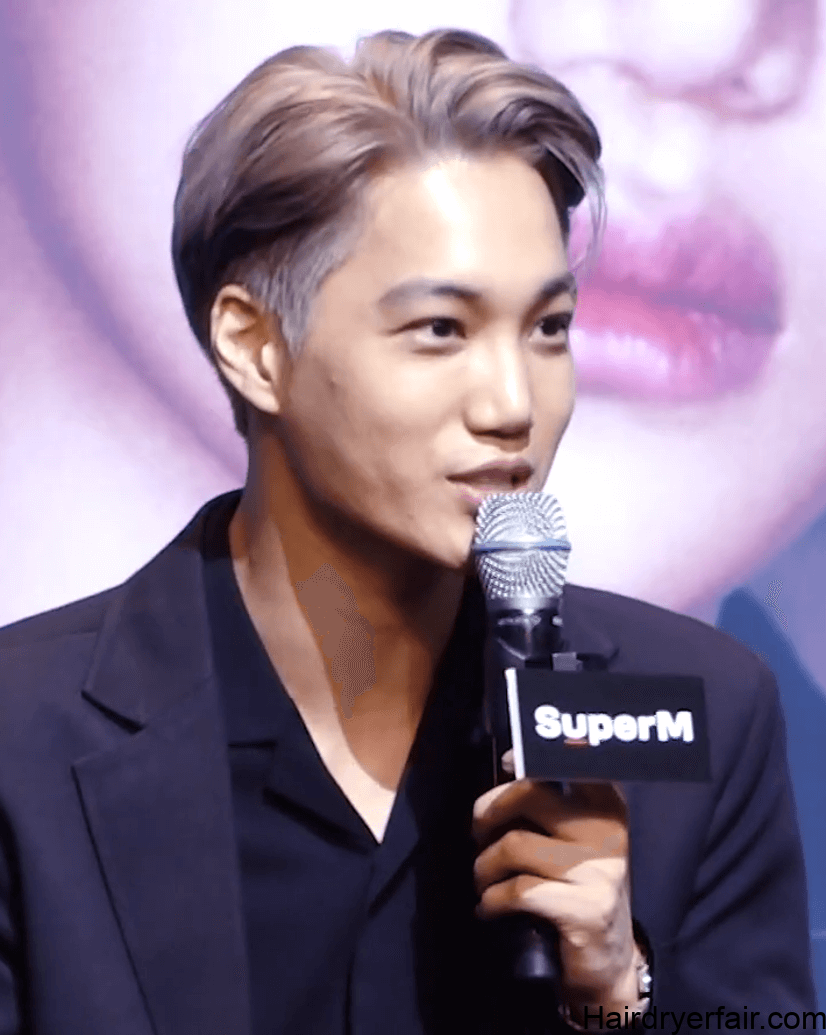 EXO turned into athletes in ‘Love Me Right’ with floppy hairstyles in different hues. Kai and Chanyeol sported a punky look with silvery gray and dusty-rose shades. They wore hints of dirt and sweat on their faces in the music video.

In the promo images of ‘Lotto’ in 2016, EXO members were seen wearing luxurious velvet, leather and denim pieces with bold brows and flowing feathered hair. In the video, Xiumin featured glitter hair, smoky eyes and magenta lips and won the Best Look award while Suho and Chanyeol had red-toned hair.

The single ‘Ko Ko Bop’ showed the biggest style shift of EXO with a more relaxed and colourful state. In this single, each of the members got ready in summer style with cruisewear and had styled their hair in retro curls and mullets. Chanyeol had colored his hair in dreamy unicorn hue while Sehun got a tangerine dye.

Before the release of ‘Don’t Mess Up My Tempo’, EXO shared videos revealing the new look of the crew in multi-colored eyeliner and the K-pop scourge of the year – mullets. The pictures also depicted Lay with golden-blond hair. 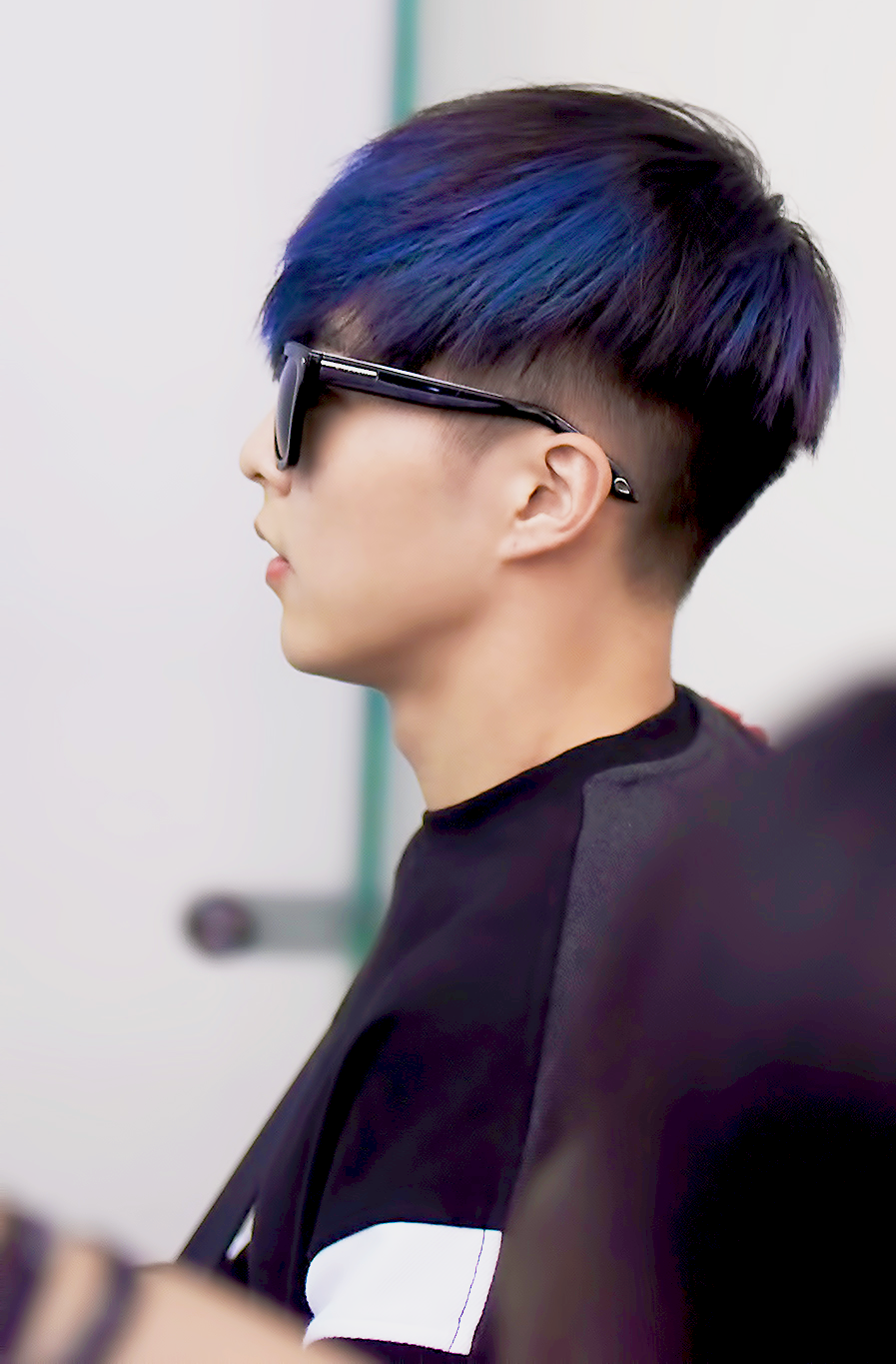 EXO members are known for shaking the internet and radio with their music and waves. They are also famous for showing their personal style in public appearances. Xiumin is known in the fashion industry for some of the best style inspiration. Fans turn to this K-pop star for some of the most iconic ensembles for suiting as well as athleisure looks.

His unique and innovative hairstyles and colors have always inspired fans. His turquoise undercut and purple bob are some of the most loved styles ever. He has been surprising fans from time to time with new haircuts. In 2017, he had changed to side shave with bangs cut shorter for a new look that everybody loved. 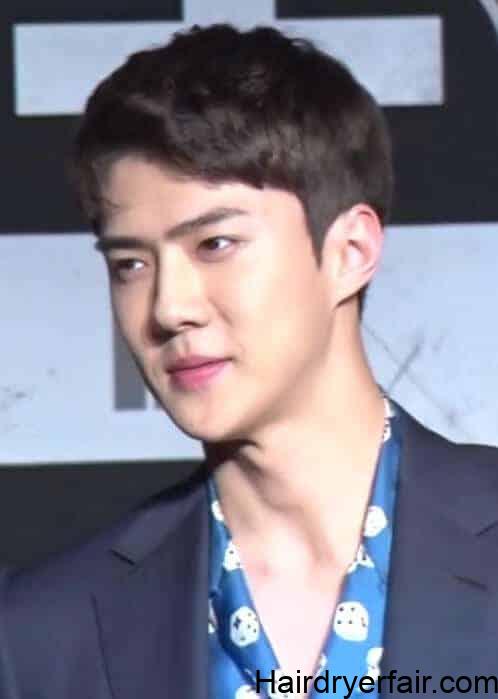 EXO’s Sehun has been a fashion inspiration whether for streetwear or high fashion. Ever since the debut of EXO, he has covered endless fashion magazines and is a fashion king. Fans had specifically loved his hairstyle during the ‘Love Shot’ promotion.

He flaunted a black wet hairdo that showed his forehead and gave him a sexy and charming look. His pictures on social media got so much love and fans praised and copied his style. During the Wolf era, Sehun was seen sporting a rainbow hair that he carried so well. His personality shone through the hair with bright colors and fans remember it till today as one of the most iconic looks. 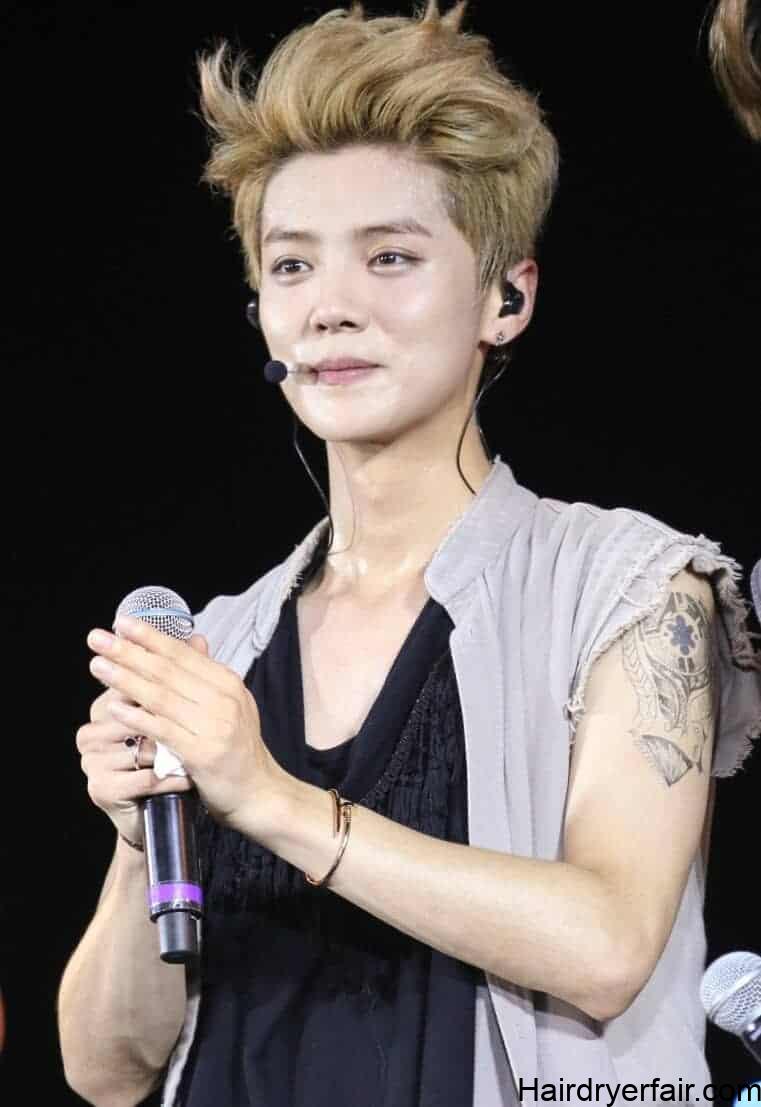 Luhan has been through numerous hairstyle changes over the years. His favorite hairstyle ever was the purple dyed hair. He likes all his hairstyles and does not like hiding his hair. His pink hair has always been popular among fans and imitated a lot. Fans also loved his tumbling curls hairstyle and looked for ways to copy the style.

He also got his hair colored in neon orange to create a unique and trendy style that fans loved. Luhan is a known face in the fashion world and has covered many fashion magazines and worked for numerous brands. He is popular for his fashion sense and style and admired by millions of fans worldwide.

EXO member Chanyeol has always rocked with stunning haircuts and colors. He had flaunted the platinum blond hairstyle for a few years. He had shaved his sides with the top left longer to create a hairstyle that left hearts fluttering. Chanyeol also introduced a new version of the blond hair which proved to be deadly for fans.

He had also surprised everybody at the first stop of Exploration with a brand new hairdo. He had maintained the platinum color and got a shorter look to remind fans of his ‘Wolf’ era look. Fans also loved him in long hair as the hairstyle framed his face in a charming way. The comma hair also brought out his features well just like the curls. The perm hairstyle has become a favorite of many around the world.

This site uses Akismet to reduce spam. Learn how your comment data is processed.